The Mega-Sena is one of the biggest lotteries in Brazil, and they draw numbers every Wednesday and Saturday evening. The lottery closes three hours prior to the drawing. Results are available online the next day.

Players have the chance of winning prizes among three different winning tiers. Thousands of people win the lottery each time numbers are drawn. All draws are held on national television. The officials of the lottery are in a mobile drawing station in a truck during the drawing. The truck travels around Brazil so that locals can observe and take place in the lottery. Players don’t have to pay taxes on their winnings.

The lottery only costs €1.50 to play. People usually play the lottery as part of Bolão. Bolão is the most popular way to play the lottery for a greater chance of winning. Groups usually consist of two to 10 players, but some groups choose to have 100 players. If the group wins the lottery, the players in the group collect the prize equally.

The Caixa Economica Federal Bank has been managing the lottery since 1961. The lottery launched on March 11, 1996. Part of the lottery’s proceeds go towards programs for social and cultural advancement.

The biggest regular Mega-Sena prize was almost €53 million, and the biggest prize recorded was €100 million for the annual super draw that took place in 2014. The super draw gained a lot of popularity for the lottery, and it’s the main reason for its success.

The minimum jackpot is €1,000,000. If the lottery doesn’t have a winner, it’ll continue to roll over to the next draw. There isn’t a lottery cap. It’ll keep rolling over until someone wins. 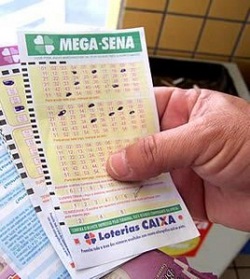